Ethereum Plunges 5%, Can Buyers Save The Key $2.3K Support?


Ethereum extended its downside correction below $2,500 against the US Dollar. ETH price is recovering higher, but it is now trading below the 100 hourly SMA.

Ethereum topped near the $2,640 level and started a fresh decline, similar to bitcoin. ETH even struggled to stay above the $2,550 support zone and moved into a bearish zone.

There is also a major bearish trend line forming with resistance near $2,460 on the hourly chart of ETH/USD. The main resistance is now forming near the $2,550 level and the 100 hourly simple moving average. It is close to the 50% Fib retracement level of the of the recent decline from the $2,638 high to $2,353 low. 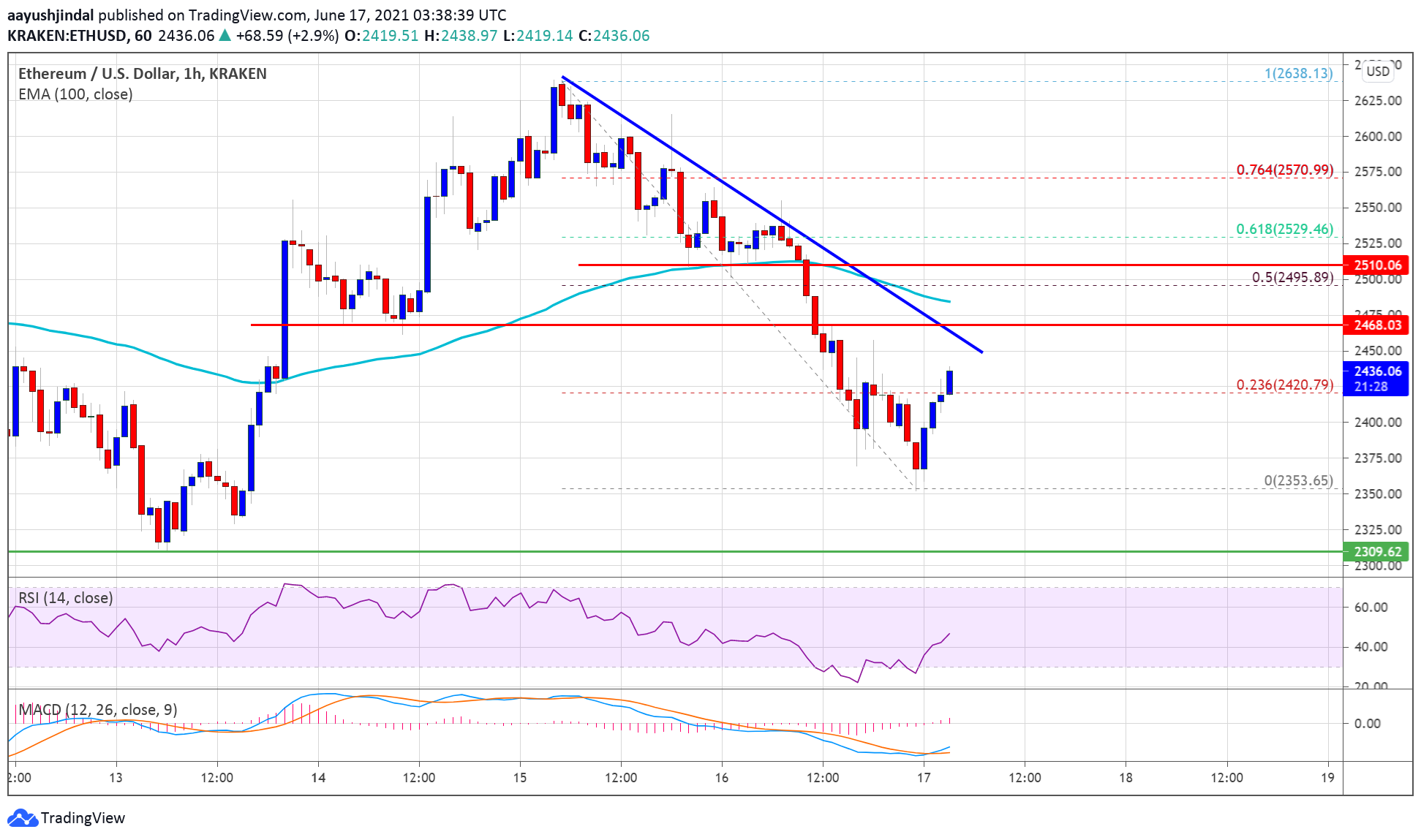 If Ethereum fails to clear the $2,450 and $2,500 resistance levels, it could continue to move down. An initial support on the downside is near the $2,400 level.

The first major support is near the $2,350 level. A downside break below the recent low and the $2,350 support level may possibly push the price towards the $2,300 level. Any more losses might call for a move towards the $2,250 level in the near term.

Hourly MACD – The MACD for ETH/USD is now gaining pace in the bullish zone.

Hourly RSI – The RSI for ETH/USD is currently rising towards the 50 level.